Singing The News: Ballads Tell A Tale Of Community

Even during the folk revival, the ballad of Tom Dooly seemed an unlikely pop hit. Yet somehow, this song from shortly after the Civil War struck a chord a century later and reached #1 on the charts in 1958.

In my hometown, the ballad’s story — of a murder, a manhunt and a hanging — wasn’t just a folk song. It was personal.

I’m from Wilkes County, North Carolina, the mountain home of the man whose real name was Tom Dula. It was here that he was arrested for killing his girlfriend Laura Foster, who was rumored to be pregnant. And from the way people talk about it, you might think these events happened yesterday, not 150 years ago.

“The Dula family - if you talk to them, Tom Dula is innocent," said Karen Reynolds, who wrote a long-running outdoor drama about the tragedy. "If you talk with the Foster family, Laura Foster is almost, you know, sainthood.”

Reynolds' great-great grandfather owned a store in the Elkmont community where the murder happened. She went to school with Dulas and Fosters.

“When I wrote characters, I knew how those family members felt about things," Reynolds said. "I was privy as a young girl to listening to the actual family members give their take on the story.”

Today, you can still start a debate about whether Dula’s other, married girlfriend, Anne Melton, was truly the guilty one. Some of Anne Melton’s descendants are embarrassed by her, and will not speak of it.

“Anne Melton’s grandson was really old. His name was Grade Allen,” Reynolds said. And Allen didn’t get along well with his family. “He came to our store, and he had his grandmother Anne Melton’s coffee grinder and eyeglasses. And so he traded those to my father for four or five cases of beer.”

Reynolds still has them.

My own family was caught up in the drama, too. My dad was a guitarist fascinated by old ballads, and I tagged along when he visited the graves of Tom and Laura. I took a school field trip to see the old Wilkes jail where Tom was held before trial. A few years before he died, Dad wrote his own song about Laura Foster for Karen’s play. It sets the scene for her death by Elk Creek, where she was supposed to meet Tom to elope. The song implies that only the whippoorwill knows what really happened to her there.

Dula died denying his guilt. My hometown paper even called on the governor to pardon Tom Dula — 130 years after the murder.

It all made me wonder: How do ballads keep these long-ago events so immediate?

I turned to Bill Ferris, a folklore professor emeritus at the University of North Carolina.

“You may hear it the day after or 10 years after or two centuries after the event, but the ballad is like a time capsule,” he said.

Ferris told me that ballads first came to Appalachia from the British Isles, where for centuries they were printed on long sheets of paper called broadsides.

“Those sheets were hung on a long stick, and if you bought one, the seller pulled off one sheet and gave it to you,” he said. “And those were often composed before hangings or public events, and as soon as the event occurred, the ballad would go out and be sold all over the countryside.”

These songs were a way to share explosive local news.

“When we look at broadside ballads, those really could be compared to social media today in that they were a quick and easy way to spread news, and they were filled with all kinds of gory details,” Ferris said.

They often depicted tragedies, ranging from hangings to train wrecks to weather events, like tornadoes and hurricanes.

“When disasters happened… people had to psychologically cope with the aftermath: the death, and the destruction, the interruption to people’s everyday lives,” he said. “Ballads provided a way to cope with those circumstances.”

In North Carolina, the verses were rapidly published in newspapers. Then musicians set the words to popular tunes and themes that everybody already knew, like noble outlaws or betrayed love. This made songs easy to remember, so they spread even among those who couldn’t read.

“Otto Wood the Bandit,” another famous ballad about a Wilkes County man, is a great example. Wood was known across the Southeast as a carjacker, thief and moonshiner with a genius for prison escapes. He made 11 successful breaks from five state prisons, but after his final escape, he died in a shootout with police.

Otto Wood ballads showed up in newspapers right away. Then Singers Cranford and Thompson made the first recorded version in 1930, a month after Wood died in a gunfight, using the tune and theme of “The Ballad of Jesse James.”

Trevor McKenzie wrote a book about Otto Wood set for publication this fall. He's also a Folkways reporter for Inside Appalachia.

“You have this ballad to the tune of Jesse James which people know, and it recounts the life of this larger-than-life character who has just died in this sensational way," McKenzie said. "These sort of Old West style events happening in the middle of several parked cars on the streets of Salisbury, North Carolina.”

A little later, another Otto Wood ballad with an original melody was recorded by Walter Smith and the Carolina Buddies. It became the most widely known version after Doc Watson's recording and made it famous.

So, why do ballads like these reverberate so long after their newsworthiness has faded?

For Olson, they offer a bridge to other times.

“The reason why I personally love to sing them is I feel connected to people and places far in the past,” he said. Ballads may have had the immediacy and personal opinion of social media. But they required more thought, length, and poetry.

“I can’t imagine reciting a Twitter statement in 100 years or 200 years,” Olson said. “I think that a Ballad is a communication that has universality in its essence or it wouldn’t survive.”

Today these stories are kept alive in my hometown largely through yearly outdoor dramas, written and performed by locals. (Also, by one of the town’s few tourist attractions: The old jail where Dooly was held before trial and Otto Wood was held for stealing a bicycle at age 15. He didn’t escape.)

Before she wrote the Tom Dooley play, Karen Reynolds invited descendants of the main characters to share family details in a story circle. When locals come to see the play, they can tell.

“They’ll have their 90-year old grandmother that was just dying to see this, that still remembers her family talking about this, and they’ll look at me and say: ‘This is the way I’ve always heard it,’” she said. “And that’s all I need. That satisfies me.”

Wilkes County — long a haven for draft-dodgers, moonshiners and rebels — has embraced these criminals as part of its cultural heritage.

“There’s sort of a community infrastructure around these ballads in celebrating them as community events,” said author Trevor McKenzie, who played in the band for some of the productions of the Otto Wood outdoor drama. “They brought people together who, many of them, had sort of a background and deep Wilkes County roots…. They could connect with these stories in a way that could convey them with a sort of power.”

What I’ve come to realize is that ballads aren’t just a gathering of facts, like news. And they aren’t just entertainment. They are part of the long-term process of creating a shared identity. That’s the root of their staying power in my hometown. By telling and retelling these stories to each other, arguing back and forth, we are also saying: This is where I’m from. 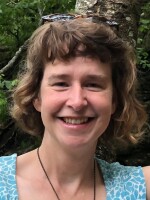