Orr’s Farm Market, a staple of West Virginia’s Eastern Panhandle, was recently recognized nationally by Fox News as one of the best orchards to visit in the United States.

The family-owned orchard was noted as one of the “10 best U.S. apple orchards to bookmark for future travel.”

Orr’s was founded in 1954 and spans over 1,000 acres of land. Located in Martinsburg since 1995, the orchard is most known locally for its apple orchards, peach trees, and seasonal offerings like pumpkin patches. But earning a Top 10 recognition in the country isn’t something the farm expected.

“We do get awards, sometimes, maybe we’ll make a top 50 list -- top 50 pumpkin patches in the U.S. or, you know something like that, but to find out that it was one of the top 10 in the country to visit was very exciting,” said general manager and third generation farmer Katy Orr-Dove.

Orr-Dove handles the orchard’s farm sales and tourism. She thinks the award is something that helps put West Virginia agritourism on the map, crediting the authenticity of the farm’s attractions for drawing national attention.

“I think in almost every area of business, West Virginia is always contending to be recognized amongst the larger states, because we do have less firepower as far as organizations that market us,” said Orr-Dove.

She said the award makes her feel like an underdog coming out on top.

“I feel like a lot of times, I’m always fighting to be seen, you know – first of all, to be respected as a farmer in general is a challenge. And then a woman farmer is a second challenge,” Orr-Dove said.

The recognition from a national media outlet also comes with sentimental value to the Orr family after the passing of Orr-Dove’s father last year.

“This was our first year doing everything without him – he is our main farmer here, our main grower. So to find out that we won that award when it’s a year from his death, it just felt like a nice closure to our season.”

With the holiday season continuing, Orr’s Farm Market is now shifting its focus to in-season events like a live nativity scene and Christmas-themed hayrides. 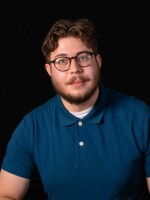