Wheeling TV Off The Air Thursday
Arts & Culture
Mountain Stage
For more than 30 years, Mountain Stage with Larry Groce has been the home of live music on public radio. Produced by West Virginia Public broadcasting and distributed by NPR Music, each two hour episode of Mountain Stage can be heard every week on more than 240 stations across America, and around the world via NPR Music and mountainstage.org.

Listen: Tyler Childers Has The Mountain Stage Song of the Week

Our Song of the Week comes from Kentucky's renowned country artist Tyler Childers.

Childers first appeared on Mountain Stage in 2017 and has been one of the fastest rising stars in all of music. In September of 2020, Tyler surprised many by announcing the release of his fifth studio record, 'Long Violent History', which accompanied a 5-minute video calling for justice for Breonna Taylor while encouraging his fans to dig deep into the issues surrounding systemic racism. The album showcases Tyler's newly acquired fiddle chops and the string band roots that have surrounded him in eastern Kentucky.

On this week's show we'll also hear from songwriting great Mary Gauthier, mandolin super-picker Johnny Staats and the Delivery Boys, some jazzy-alt-country from Miss Tess & the Talkbacks, plus we'll be visited by West Virginia Storyteller Bil Lepp. Click here for the playlist.

Find a station where you can listen here, and check out our video of "All Your'n" via our NPR Music Live Sessions Channel below. 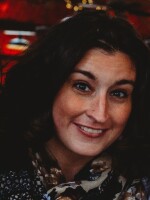 Vasilia Scouras
Vasilia is an Associate Producer of Mountain Stage. If you're interested in underwriting the show nationally or becoming a Mountain Stage Member, please reach out to vas@mountainstage.org.
WVPB is your window to the world.
Your gift keeps the best in public broadcasting on the air.
Make A Gift
Enter The 2021 PBS Kids Writers Contest
Learn How To Enter
Latest News
WVPB Passport
All six seasons of Downton Abbey now available.
Hundreds of PBS Shows. On your schedule.
Learn More
All West Virginians Can Now Pre-register For The COVID-19 Vaccine
Pre-Register Now
It's the power of community.
WVPB is local news, education, music, and entertainment for West Virginia.
Your donation today will help keep us strong and vital.
Donate Now
Related Content