Everyone is anxiously awaiting the Jan. 5 premiere of season 4 of Masterpiece Classic's "Downton Abbey," but in the meantime WV PBS is giving our viewers a chance to catch up and re-familiarize themselves with the key players in this British drama.

Season 1 aired in a marathon in September, and starting Sunday, oct. 13, at 10 p.m., we begin broadcasting season 2 on a weekly basis.

Before we find out what will happen with Mary following the end of last season, many viewers may want to catch up. There may be storylines many have forgotten. And even though it seems impossible at this point, there may be some viewers who haven't seen every episode. Or even harder to believe, some viewers may have never watched Downton Abbey at all.

Following the Sunday night airings, you will be able to watch each episode online for a week.

And to continue peaking your interest in Season 4, here is a clip offering five surprising facts about the series: 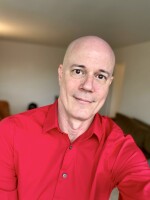