Greenbrier County Teacher Goes 'Above And Beyond'

Jamie Howard, a third-grade teacher from Greenbrier County, has earned West Virginia Public Broadcasting's Above and Beyond Award for April, which recognizes excellence and creativity of Mountain State teachers.

Each month WVPB has an esteemed panel of judges that select one deserving teacher who goes above and beyond for the students in West Virginia.

Howard was honored in a heartfelt ceremony at Crichton Elementary School by WVPB Education Director Maggie Holley and Education Specialist Autumn Meadows, where she received a monetary award and our signature Blenko Glass blue apple paperweight.

The award is proudly sponsored by the West Virginia State Treasurers Office, presenter of the SMART529 college savings program in the Mountain State.

Mrs. Howard was nominated by Sonja Manspile, a fellow teacher at Crichton Elementary.

Manspile also spoke at the ceremony and described Mrs. Howard’s passion for her students and her community as being supportive, caring, and patient. She said, “Jamie is always helping others and her love and care of the community shows in her relationships with the community and her students.”

Others who described Mrs. Howard’s impact on the community and school included Principal Ashley Spencer and Mrs. Howard’s mother, who also worked at Crichton Elementary for many years.

Her mother said, “I know she sees to the needs of her students whether it’s educational or personal, because when she’s around me all she talks about is her kids and how they are doing and learning.”

She continued by describing how one year Mrs. Howard learned she was receiving a student with a hearing disability the following year, so she took a class that summer to learn about the disability and how to provide the best instruction for that student. She also just completed her Master’s in Administration.

Howard is also known for her skills with technology and the creative ways she is bringing technology to the students in her school. She has introduced students and teachers to tiny robots as well as 3D pens.

When asked what inspired her to get this technology, Mrs. Howard says that she “wants to expose her students to different things and provide them with better opportunities.” The students were ecstatic and engaged with this technology, and she says it was wonderful to see the older students helping younger students. 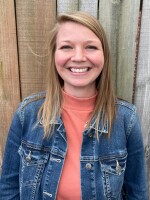