This story originally aired in the Oct. 7, 2022 episode of Inside Appalachia.

With a resounding whistle that you can feel to your core, the Durbin Rocket takes off from the train depot and begins its journey into the mountains of Pocahontas County, West Virginia. Eager tourists lean out from the open-air coaches of this 1920s-era train as it winds along the Greenbrier River. It is one of those hot summer days where you can almost hear the hum of sunshine in the air, but the heat doesn’t keep the train enthusiasts away.

Kentaro Okuni is one of those eager tourists. Okuni traveled from his home in the suburbs of Washington, D.C. with his wife, Hiroi, and his young son, Takenojo, to see the impressive Shay steam trains run. This is their second time making the journey out to Cass, and their enthusiasm about the steam trains is visible. Many visitors on the train are not from West Virginia, and in the years before the pandemic it was fairly common for folks to travel to the small town of Cass from all over the world.

Riding the train at Cass is a niche experience, one that wouldn’t be possible without a committed group of experts who fix and operate the trains. One of those people was Rex Cassell, the shop foreman down at the Cass Repair Shop. Cassell was a senior employee at the Cass railroad, and he passed away during the making of this story.

Cassell officially worked on these locomotives for about 30 years. Like a lot of the other engineers, hostlers, and machinists at Cass, he was the third generation in his family to work with locomotives. His grandfather worked for the C&O Railroad and taught Cassell a lot as a boy. His father stayed in the family business and worked at Cass, often bringing Cassell into work with him.

“I would lay on the floor of the locomotive,” Cassell said. “And he would cover me up with an old greasy rag that was in there. And now I'll never forget, I'd wake up and he'd be shoveling coal over top of me into the firebox. And then I'd go right back to sleep."

The other guys on the crew referred to Cassell as “a wealth of knowledge” due to his experience in the field. At the time of the interview, Cassell was approaching retirement. It is essential for the younger generation of workers at Cass to learn as much as possible from the “old timers'' before that knowledge is lost.

The locomotives running out of Cass were built in the early 1900s all the way to the 1950s and 60s. The knowledge on how to repair and run these locomotives is mostly handed down through hands-on learning. Cass has a unique terrain that sets it apart from other railroads. Firing a flat-land locomotive is much different than running an engine up the 6-8 percent grades around in Pocahontas County.

“The only way you can learn how to do it is to just get in with the engineer to show you and then learn it hands on. There’s no book out there that will tell you how to do this,” Cassell said.

One of the members of the younger generation is Dervin Lambert. Like Cassell, Lambert grew up around these trains. His grandfather also worked at the Cass Repair Shop as a machinist, and Lambert himself started working there when he was just 15 years old.

“I’m hands on, and I don't mind getting dirty. And, you know, it’s hot, it's aggravating sometimes. But at the end of the day, it's a good job,” Lambert said.

The job is not just running tourist trains — it’s also running freight. The freight trains haul a variety of goods with modern locomotives, but it’s the antique steam trains that require more effort. The job is not for everyone, even people who thought they wanted to work on trains. Cassell has seen his fair share of people come and go.

“They didn't like the dirt, the soot, the smoke, the oil. It's not a job for somebody who wants to stay clean,” Cassell said.

The engines are also incredibly hot. On a summer day, the locomotives average between 130-150 degrees. The engine has to be continuously fed with coal, which only adds to the physical demands of the job.

The population in Cass is shrinking. The demands of the job are significant, and in the past the field has predominantly been dominated by workers who are men. The railroad has expanded their employee search pool beyond the region in an effort to find committed workers who can handle the demands of the job. One person who doesn’t mind the rough conditions is Matthew Hauser. He’s one of the newest recruits, along with his friend Brown Culp.

Hauser and Culp previously volunteered at the North Carolina Transportation Museum in Spencer, North Carolina. One year, they took a trip together with their fathers up to Cass. Their visit inspired them to hatch a plan to move and take their passions to the next level working on the locomotives at Cass. Their plan worked. Hauser has been working at Cass for about a year, and Culp followed him up in the spring.

"We probably make or manufacture 80 percent of our parts. There's a few things to do in the outside world that we can buy, but you're talking a lot of money when it is,” Cassell said.

Hauser is the engineer for the morning ride on the Durbin Rocket. As an engineer, Hauser is responsible for running the engine: keeping it lubricated, watching the track for obstacles, coordinating with the train conductor, and helping the trip run as smoothly as possible. His friend Culp is a fireman, which means he fuels and maintains the fire in the locomotive during trips. People like Hauser and Culp are important for the survival of the industry in Cass.

It’s not just recruitment that is challenging. The rising costs of materials and supplies is also threatening the future of the railroad.

With industry costs rising, Cass employees worry that increasing ticket prices in response might push tourists away. John Smith, originally from Philadelphia, is the CEO and founder of the Durbin and Greenbrier Valley Railroad. Smith has been pivotal in the effort to keep the railroad running.

“The biggest question mark is, are we going to have the base of customers that we had before?” Smith said.

The ticket price is still on the lower end compared to other heritage railroads around the country, but Cass is fairly remote. It sits within the National Radio Quiet Zone, a scientific research area established for the world’s largest steerable telescope in Green Bank. Radio transmissions are heavily restricted, and the area does not get cell service. The only way to get to the area is by car, which can be an additional expense and challenge for folks trying to visit. For people that do, however, it’s a singular experience.

“Especially if you're in like one of those air conditioned cars whipping down the tracks over on the Central, it's pretty cool. Even the ride here with all the noise and everything else…it's almost musical. When you hear a steam whistle a mile away, there's no one who wouldn't say that's one of the coolest things you ever heard,” Smith said.

Traveling to Cass is like stepping back in time. Hearing that steam whistle invokes a sense of nostalgia and excitement for a past long gone. But it’s the dedication, commitment, and passion of the employees at the railroad that keep the trains running, year after year.

The Folkways Reporting Project is made possible in part with support from Margaret A. Cargill Philanthropies to the West Virginia Public Broadcasting Foundation. Subscribe to the podcast to hear more stories of Appalachian folklife, arts, and culture. 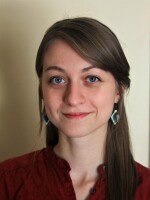 Lauren Griffin
Lauren Griffin lives in Morgantown, W.Va. She grew up in Wheeling, W.Va and graduated from West Virginia University in 2019, and she currently splits her time fundraising for Preston County Parks and Recreation and as an AmeriCorps member with the West Virginia Association of Museums.
See stories by Lauren Griffin
Discover The Impact Of WVPB
Learn More
WVPB Media App
Learn More
Latest News
WVPB Passport
All six seasons of Downton Abbey now available.
Hundreds of PBS Shows. On your schedule.
Learn More
It's the power of community.
WVPB is local news, education, music, and entertainment for West Virginia.
Your donation today will help keep us strong and vital.
Donate Now
Related Content