From Sheep To Shawl: Women Pass Down Tradition Of Shearing And Working With Wool

Spinning and weaving are traditions that have been handed down for generations — usually among women. But it doesn’t just begin with the wool. It starts with raising the sheep.

If you’ve ever tried to shear a sheep, you know it takes some practice. Margaret Bruning describes it philosophically.

“Somebody’s going to get cut, either me or the sheep or both of us and I’m gonna sweat my guts out. The sheep’s going to be upside down a lot, she’s not going to be that comfortable and I’m not really very proficient so it’s going to look kinda awkward…it’ll be okay.”

Bruning laughed as she shared that bit of tongue-in-cheek wisdom. It’s just one of the hard lessons she’s learned raising sheep.

Time For A Change

Five years ago, Bruning and her husband David were living in Los Angeles, California. But they were tired of the city. So, they sold most of their stuff, packed up what was left and traveled the country — working on organic farms along the way. They finally stopped in rural West Virginia which she compares to the Wild West without being west of the Mississippi.

Bruning isn’t a novice when it comes to farming. She actually grew up on a goat farm in mostly rural dairy country in upstate New York. But she didn’t know a lot about raising sheep. That’s something she’s learning from Kathy Evans… one of the owners of Evans Knob Farm in Preston County, West Virginia.
“We’re living on my husband’s family farm,” said Evans. “It’s been in the family for…well, my grandchildren will be the sixth generation that’s been on this farm.”

And within a year of buying their own farm in Randolph County, West Virginia, Bruning and her husband suddenly became the owners of a small flock of grey and black Romanov sheep.

“And I’ve been stumbling through,” said Bruning. “A lot of it’s been very hard lessons — how to keep them healthy, the right decisions to make with tiny newborn lambs.”

Nearly 20 percent of newborns die before they’re weaned, usually in the first 10 days of life.

So Bruning has turned to Evans for all kinds of advice — everything from tending her flock to managing budgets.

“That’s Kathy. She’s a seasoned market gardener/farmer, her head is full of a lot of stuff. Me, I have made my sheep almost into my friends and I probably shouldn’t do that. And whenever I need to toughen up, I think about Kathy. I think that she would just buck up, and that’s what she’s coached me on.”

Another thing Evan’s coached her on? Sheep shearing.

Normally, you’re bent over the animal, holding it with one hand while shearing the fleece with the other. It’s awkward. And it’s physically hard. But Kathy taught her a technique that requires less upper body strength.

“We take them from standing on all fours to sitting on their butt and we cradle them between our legs,” said Evans. So, she watched that step, she helped me get the sheep set up and then watched me do the shearing and she trimmed hooves.”

Those lessons are part of a master apprentice program that Evans and Bruning are working on together called Sheep to Shawl. Shearing is just one step.

The fleece has to be washed and dried, then combed and carded before it’s ready for the spinning wheel.

“Your hands are doing one thing, and your foot’s doing another thing. So, I’m controlling the diameter of the yarn and the number of times it twists with my right hand and my left hand is doing a process called drafting, so I’m pulling the fiber back so that there’s not like a great big clump that goes through at once.”

Once the spinning is done, Evans winds the yarn into one large loop until she has a full skein. Then she dips it in hot water to set the twist of the yarn and hangs it to dry. Then it’s ready for knitting, crocheting or weaving on a loom like the one in Evan’s studio.

These are the tools and techniques Evans is passing along to Bruning through their apprenticeship. But it goes beyond that.

“Margaret and I were already friends before we did this, but just to strengthen that through this process and she knows I am here anytime she needs me.”

A Friend In Times of Need

Evans demonstrated that on a night not long ago. One of Bruning’s ewes was struggling to give birth. She was afraid they would lose the mother and lamb. So, she called Evans.

And Evans could tell they had to act quickly.

“I knew exactly what they were facing. I could picture in my mind what was happening and what they needed to do.”

“Kathy just put everything down and she spent an hour on the phone with us.”

Evans was deeply encouraging, coaching with just the right tone.
“And it was like Margaret, you can do this, just encouraging her, you CAN do this. Take a deep breath, give David the phone, we can do this together. Cause I’m thinking I’m two and a half hours away from her, I can’t get to her in time to save this lamb and ewe. She has got to trust me and do what I tell her to do or we’re going to lose both of them. I walked her through the process, we had a beautiful ram lamb, she saved the ewe. She said ‘we did it’ and I said of course we did it!”

Bruning was grateful for the guidance Evans provided throughout the difficult birth.

“I felt this real true confidence having her by my side.”

Evans knew that losing either animal that night would have been devastating for Bruning.

The sheep had belonged to Bruning’s mother. She left the flock to Bruning when she passed away a few years ago. And it hadn’t been that long since her mother passed.

“It’s a grieving process that takes as long as it takes,” said Evans. As long as that original flock of sheep is with Margaret, she still has a piece of her mom.”

Bruning is grateful for Evans and her wisdom. She sees her partnership with Evans as a continuation of the traditions of so many women before her. And it’s also a tribute to her mother and the legacy she passed on to her.

For more information on the West Virginia Folklife Program, visit their website. 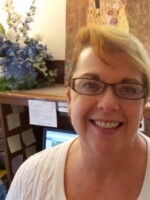 Heather Niday
Heather Niday is the Program Director for Allegheny Mountain Radio. Heather grew up in the Richmond, Virginia, area. She and her husband Chuck moved to Green Bank when Chuck began working at the Green Bank Observatory. You can contact her at heather@amrmail.org.
See stories by Heather Niday
Discover The Impact Of WVPB
Learn More
WVPB Media App
Learn More
Latest News
WVPB Passport
All six seasons of Downton Abbey now available.
Hundreds of PBS Shows. On your schedule.
Learn More
It's the power of community.
WVPB is local news, education, music, and entertainment for West Virginia.
Your donation today will help keep us strong and vital.
Donate Now
Related Content