Therefore, we declare May 17-21 to be “Francis Fisher Week” at West Virginia Public Broadcasting. 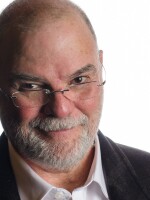 Larry Groce
Larry Groce has served as Host and Artistic Director for Mountain Stage since its inception in 1983, and his musical tastes have been instrumental in defining the sound of the show. You can reach him at larry@mountainstage.org.
See stories by Larry Groce
Discover The Impact Of WVPB
Learn More
WVPB Media App
Learn More
Latest News
WVPB Passport
All six seasons of Downton Abbey now available.
Hundreds of PBS Shows. On your schedule.
Learn More
It's the power of community.
WVPB is local news, education, music, and entertainment for West Virginia.
Your donation today will help keep us strong and vital.
Donate Now
Related Content