Arts & Culture
Inside Appalachia
Inside Appalachia tells the stories of our people, and how they live today. Hosts Caitlin Tan and Mason Adams lead us on an audio tour of our rich history, our food, our music and our culture.

Some say moonshiner Mahalia Collins Mullins once beat 30 men in a wrestling match and sold them all whisky afterward. Others say she was so large that when police tried to arrest her, they couldn’t get her through the door. By the time Mullins passed away, her story was known from coast to coast, and into Canada and Mexico. The headlines? “Not too Big for Death.” “Famous Moonshiner Dead, Defied Law Officers from a Mountain Top.”

In East Tennessee, legendary moonshiners like Popcorn Sutton loom large in the imagination, rebellious and wild, driving fast and shooting faster, and almost always white and male. But Mullins was different. As with many old stories, much of Mullins’s origins are shrouded in legend, and for every one story about her life, there are two more.

During her life, her public image was constructed by muckraking journalists and missionaries. One early interviewer, missionary C.H. Humble, decried her business as a “curse brought to her own door.” Another, journalist Paul Converse, made special note of what he saw as the feuding and lawlessness that surrounded her family. Even her name is debated - spelled a number of ways, and called in some sources Mary, Betsy or Haley, perhaps nicknames.

So what do we know for certain? Born in 1824 to a poor family, Mullins became something of a folk hero, a kind of Paul Bunyan figure for East Tennessee. She was a large woman, and lived on top of a mountain, such that the sheriff could never quite manage to bring her all the way down to court - a dynamic that created much of her legend. And she was Melungeon, a name given to families of Black, white, and indigenous descent who settled in parts of Central Appalachia beginning in the late 1700s, including the remote Vardy community, near the border of Tennessee and southwestern Virginia, where she grew up. Subject to discrimination, Melungeon communities and people were sensationalized by the press during Mahalia’s lifetime, laden with stereotypes attributed to both people of color and rural Appalachians. Many subsisted on what they could grow on their land. And in the beginning, so did Mahalia - but from there, the story of her life took a number of unusual turns that earned her both fame and scrutiny, behind which she, a real, complex woman, was sometimes hard to see.

Finding out who Mullins really was requires a drive to Hancock County, Tennessee, where her descendants tend to her cabin and tell visitors her story, as they see it.

The House That Moonshine Built
The Vardy Valley sits in a tangle of remote and winding mountain roads, the kind of place no one can get to by accident. There, Druanna Williams Overbay, a descendant of Mullins and a local public historian of sorts, keeps the lights on and allows visitors a peek into the Vardy community.

Overbay arrived at Mullins’s cabin on this particular instance to showcase her ancestor’s history. The cabin, she said, was moved several years ago from its old spot on Newman’s Ridge down into the valley. She can still point to the exact spot, up in a little dip on the ridge, abutting her own parents’ old property. The house, she said, was moved down from the ridge piece by piece and painstakingly reassembled and cleaned. “Up there in that little dip,” she said, looking towards the ridge behind the cabin, “was where Mahalia’s house sat.”

Overbay is also a descendant of Mullins. Unlike the newspapers, which some feel sought to sensationalize her, Overbay views her story as their heritage, and seeks to dispel myths about her life. “This is a very poor area,” says Overbay, “and there’s very few ways to earn and make a living.”

It’s often said that Mullins’s product was special, often flavored with apples from local orchards, and that prospective buyers came from miles around. That business put her head and shoulders above other moonshiners as something of a boutique seller, and it funded the house that is still open to the public today.

It’s a large house, even now. Two floors, a wide porch, and two separate rooms at the bottom. Overbay said it was built after Mullins’s first, more modest cabin was burned to the ground by Confederate soldiers as a consequence for her support of the Union army.
First, Overbay showed the keeping room, which functioned as a dining area.

Artifacts of her life - from the china, to a simple spinning wheel, to a chamber pot once given to her daughter as a joke - surrounded the space, making it cozy, domestic, and warm. “She loved blue flow china,” said Overbay, referring to a special kind of china from England, displayed in a glass case. “So when they left home, her grandchildren would send pieces of blue flow china to her.”

Overbay then led the way upstairs - a narrow stairway. Upstairs was for the kids, of which Mullins had somewhere between 13 and 20, but likely 15, depending on who is asked. It was here they slept, and also went to school, since there was no school in the Vardy Valley until 1899. Even if there had been, at that time, free people of color were prohibited from attending public school, and as Melungeons, that would have been a reality for Mullins’s entire family.

Mullins may have identified particularly with the Cherokee people, said Overbay, who believes Mullins’s father, Solomon, may have applied to the U.S. government for recognition as a member of the tribe. That would have given the family access to some reparations money for the loss of ancestral land. While there is no online record of Solomon’s application, one exists for her son, Reuben. After years of angry back-and-forth with the government, Reuben’s application was denied. Druanna thinks this history may be why Mullins chose not to pay taxes on her liquor.

“They ain’t getting a damn dime of my money,” Overbay imagined her saying. “They owe me, and I’m not paying them.”

Downstairs, in Mullins' bedroom, was a simple room with a four-poster bed and mantle, where she spent much of her later life. Here, she reportedly made and sold her moonshine, and, finally, passed away. By the end of her life, her health had declined steeply. Though many people made her size into a joke, she was severely disabled with a skin disease called elephantiasis. One source noted that she almost wished the sheriff would take her to court, just so she could see a little more of the world. She had outlived her husband, and three of her children, who died violently, one in a brawl, one lynched, and one in the Civil War. It’s said she had them buried right outside her bedroom window where she could see them, once she could no longer leave her bed.

It was 1898 when Mullins passed away. She was buried outside her cabin on Newman’s Ridge, with her family. As with her life, there were multiple stories about her death.

“Some say that they built her a coffin around the bed,” Overbay said. “Took her out the back and buried her in the backyard. Others said she was rolled up in a quilt and pushed out the door to her grave.”

After a moment, Overbay laughed knowingly. “We add to our stories as years pass, as you know,” she said.

Even in death, to look at Mullins was to see double. Many papers published a photo alongside her obituary that showed her, looking sickly, in bed and wearing a nightgown, clearly suffering from her disease. But her family was careful to save other photographs - portraits of her in beautiful dresses, arrayed with her family, posing with poise and grace. In these portraits, she appeared, perhaps, as she might have wanted to be seen.

Setting The Record Straight
“People in Hancock County would prefer to look at her in kind of a respectful way, and not kind of a sensationalist circus freak, how she’s been portrayed,” says Wayne Winkler.

Winkler is the author of a Melungeon histories Walking Towards the Sunset and Beyond the Sunset: The Melungeon Outdoor Drama, 1969-1979. Winkler identifies as Melungeon himself, and spent many childhood summers with family near Vardy. He hopes that Mahalia, like many other maligned Appalachian women, can come to be seen as a full person, contextualized in her time and place, rather than as a joke.

Winkler notes that at the time, moonshining was common in Hancock County - and throughout the mountains - as a way for local people to squeeze extra money out of their corn crop. In a way, it was just another value-added product. People used it to let loose, but they also used it as a medicine, cleaning agent, and preservative. While it may have seemed lawless to outsiders, to locals, it was not unusual. In fact, Mullins was generous with her good fortune, says Winkler, and was loved for it.

“When children went over there she always had some cookies and milk for them,” said Winkler. “They always wanted to go visit Aunt Haley.”

The stories are fun - whether or not they’re true - but sometimes their telling leads to misconceptions. “People in Vardy are amused by them,” Winkler says, “but there’s a respect with which they feel, that sometimes outsiders don’t have that same respect.”

Mullins’s descendants spread far and wide, and donate their money, time, and heirlooms to the Vardy Community Historical Society, keeping her memory, and the memories of their other ancestors, alive. Her story may sound like a folk tale, but to the Vardy community, she’s family history.

This interview is part of an episode of “Inside Appalachia,” featuring stories about Matriarchal Moonshiners, Legendary Lawbreakers and more. 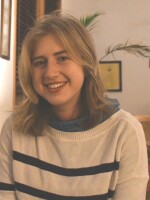