Hawaii: The Legacy of Sugar

For many Americans, Hawaii is a tropical playground, the place of surf, sun and dream vacations. Behind the tourist façade, though, is one of the most unique multicultural states in the nation, one still dealing with the complicated legacy of the circumstances under which it become part of this country. And so much of how Hawaii is now comes back to one game-changing element: sugar. For decades, long before it was a tourist’s paradise, what Hawaii did was grow sugar. That was not only its economic driver, it was a force that remade the place. In this episode of State of the Re:Union, we’ll explore the way contemporary Hawaii is still navigating the legacy of the sugar plantations now in the 21st century.

Tune in for this a different look at Hawaii Thursday night at 9 p.m. on West Virginia Public radio. 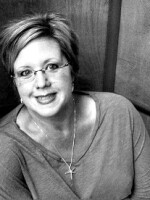