Officials called off the search for a python that escaped last month in Morgantown. Morgantown police have arrested the snake’s owner.

According to Morgantown police, the owner of the snake was arrested on June 26. Nineteen-year-old Shane Stevens, of Morgantown, was charged with allowing an animal to run at large.

Police received a call about a 15-foot python escaping Steven’s truck on May 30.

The owner exited the vehicle, allowing the snake to escape into the woods. It was last seen on a hillside near Listravia Avenue.

The official search ended weeks later, and the snake has still not been found.

Stevens has been released on a $100 bond.

Police ask anybody encountering the snake to immediately call 911. 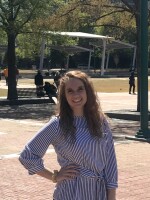