Over a Thousand High School Students Registered to Vote

Thirteen high schools across West Virginia conducted voter registration drives in the month of October. Secretary of State Mac Warner said these drives show the, “level of commitment school administrators have for the civic engagement of our youngest voters."

The Secretary’s Office recognizes high schools who register 100 percent of their students. Those schools will receive the Jennings Randolph Award. The award is named for former U.S. Senator Jennings Randolph from West Virginia, who in 1971 helped pass the 26th Amendment to the U.S. Constitution. That legislation lowered the voting age from 21 to 18.

Last school year, a record high of 16 high schools across the Mountain State earned the Jennings Randolph award. Another 14 voter registration drives are being planned in the month of November. 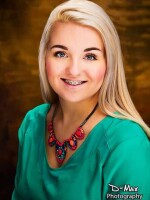 Elisa Schwartzmiller
I am currently a sophomore at West Virginia University. I am studying broadcast journalism at the Reed College of Media and I am minoring in World Religious Studies. I have recently joined the West Virginia Public Broadcasting newsroom as an intern, during this time I am learning better voicing and furthering my knowledge in radio broadcast. I joined the U92 College Radio staff as a freshman and have recently got promoted to Feedback Director and Producer this past spring.
See stories by Elisa Schwartzmiller
Discover The Impact Of WVPB
Learn More
WVPB Media App
Learn More
Latest News
WVPB Passport
All six seasons of Downton Abbey now available.
Hundreds of PBS Shows. On your schedule.
Learn More
It's the power of community.
WVPB is local news, education, music, and entertainment for West Virginia.
Your donation today will help keep us strong and vital.
Donate Now
Related Content