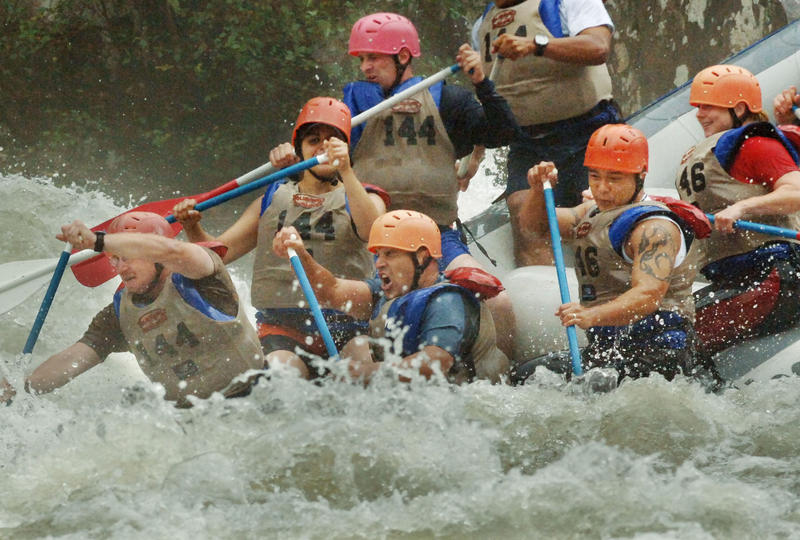 State Division of Natural Resources figures show traffic on the New, Gauley and other West Virginia rivers totaled 131,028 customers in 2016, down 3,054 customers from the year before.

The New and Gauley rivers in southern West Virginia get the majority of the state's whitewater business. Customers there dropped 4.5 percent to 100,312 last year. Dave Arnold of outfitter Adventures on the Gorge says the decrease was due to devastating flooding that hit the state in late June.

Mirroring downturns in the travel and leisure industries that followed the 2001 terrorist attacks, West Virginia rafting companies have struggled to approach the peak season of 1995, when there were more than 257,000 visitors.

Associated Press
The Associated Press is one of the largest and most trusted sources of independent newsgathering, supplying a steady stream of news to its members, international subscribers and commercial customers. AP is neither privately owned nor government-funded; instead, it's a not-for-profit news cooperative owned by its American newspaper and broadcast members.
See stories by Associated Press
Discover The Impact Of WVPB
Learn More
WVPB Media App
Learn More
Latest News
WVPB Passport
All six seasons of Downton Abbey now available.
Hundreds of PBS Shows. On your schedule.
Learn More
It's the power of community.
WVPB is local news, education, music, and entertainment for West Virginia.
Your donation today will help keep us strong and vital.
Donate Now
Related Content