New River Gorge National River’s Fern Creek Fire that has been burning since Sunday April 20th remains  at 90% contained.  Crews will continue to monitor and mop up the burn. There are still some hot spots and heat within the perimeter of the burn.  Today’s rain will provide a much needed break for the firefighters.  The area will be assessed after the weather breaks and future actions planned accordingly.

The National Park Service at New River Gorge National River reports that rangers at the Glen Jean station have been fighting a fire in the park since Sunday night.

The Fern Creek Fire burning in the Endless Wall area of New River Gorge National River is 90% contained.  Based on the weather forecast and continued suppression efforts today, full containment is expected tomorrow. There are a couple of spots that continue to burn and put up smoke but they are within the interior of the burn area and pose little to no threat of escaping the containment lines.

On Wednesday, firefighters worked with CSX to identify and remove any hazardous trees that could potentially fall on the railroad tracks. Crews improved line construction, monitored hot spots, and continued the mop up process.

NPS staff and the Cumberland Gap Wildland Fire Module will continue with the same type of work today-patrol, monitor and mop up.

The Endless Wall trail remains closed to public use while crews continue to assess and mitigate safety hazards.

Even though this fire is ramping down, spring fire season remains in effect until May 31st.   Please be vigilant when you are out enjoying the park and report any smoke or fires to 911.

Firefighters today made significant progress on containment of the Fern Creek Fire which has been burning within New River Gorge National River since Sunday.

The fire is now 75% contained. Officials with the National Park Service says favorable weather conditions including higher relative humidities, cooler temperatures, calm winds and a trace amount of precipitation allowed crews to make headway and complete the construction of fire containment lines on the north and south flanks of the fire. The burn area remains at an estimated 130 acres.

Today, local National Park Service staff and two teams specializing in fighting wildfires will continue to patrol active fire areas within the burn.  They will also be focusing on cutting hazardous trees in anticipation of reopening of the Endless Wall area. The reopening date is yet to be determined.

The fire remains under investigation, however, it has been determined that it is a human caused fire.

Firefighters are continuing with their efforts to contain the Fern Creek Fire located in the Endless Wall area of New River Gorge National River.  Officials with the National Park Service said Tuesday morning that the fire burned 69 acres Monday, bringing the current total to approximately 84 acres since it was first reported. In addition to NPS staff, personnel from the from the Mount Hope Fire Department and the Midewin Hot Shots,  a 20-person interagency wildland firefighting crew, hosted by the Midewin National Tallgrass Prairie in Wilmington, Illinois are currently working to put out the fire.

Officials said in a Tuesday news release that crews are working to build fire line that will stop the fire spread.  The forecast for increased cloud cover and higher relative humidity will aid in firefighting efforts.  The Endless Wall Trail, including the Fern Creek and Nuttall Parking Areas, and associated climbing in the vicinity of the fire remained closed. The source of the fire remains under investigation, according to the release from National Park Service officials.

High fire danger remains in effect for this region for the next several days.  As a reminder, spring forest fire season is in effect through May 31, 2014. Daytime burning is prohibited from the hours of 7 a.m. to 5 p.m. Outdoor burning is permitted only between the hours of 5 p.m. and 7 a.m.  Burning should be avoided altogether on dry, windy days.

From midnight until 5 this morning,  park rangers along with Fayetteville and Nuttall Fire Department members fought the fire, according to an NPS news release this afternoon.

The release says 14 park service firefighters were working the fire as of 3:30 p.m. Monday, which was estimated at between 15 – 20 acres.

The fire is located off of Lansing-Edmond Road, along popular climbing accesses near what's called the Endless Wall Trail.  The trail is currently closed as are climbing areas in this vicinity.

The release says the park service crew is reassessing the tactic for direct attack on the fire, because the terrain is treacherous and steep, and the relative humidity is at percent.  These factors along with an up slope wind are causing spot fires  and embers to fall across the fire line that firefighters cut to break the fire spread.

The NPS is calling in additional resources and crews to help contain the fire.  The source of the fire is under investigation. 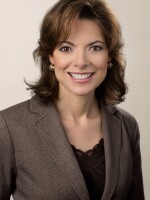 Suzanne Higgins
Suzanne Higgins is Executive Producer for West Virginia Public Broadcasting, headquartered at WSWP-TV in Beckley, and is currently the producer, host, and managing editor of The Legislature Today, the network’s nightly news program covering the West Virginia Legislature. When lawmakers are not in session, Suzanne works on multiple video projects, including her role as lead video producer for the network's Recovery project – a focus on the state's Opioid crisis with an emphasis on the many issues surrounding life in recovery.
See stories by Suzanne Higgins
Nominate An Exceptional Teacher
WVPB's Above And Beyond award rewards excellence and creativity in teaching
Learn More
Latest News
WVPB Passport
Stream PBS & WVPB Shows.
On Your Schedule.
Learn More
Hey, thanks for reading.
WVPB is local news, education, music, and entertainment for West Virginia.
Your donation today will help keep us strong and vital.
Donate Now