For those of us who like to make up our own minds about who, what, and how we are, this is a strange country, where U.S. News and World Report, TIME Magazine and the Gallup Poll profess to know more about our human condition than we do ourselves.

According to those harbingers of happiness and taste, for example, I and my fellow West Virginias  are now served by (and, in my case, teach at) the nation's eighty-third best law school (up from ninety-ninth in a single year) and reside in its unhappiest, unhealthiest and most obese State.

Funny thing about that: I, along with most of my friends, neighbors and colleagues here in West Virginia, am relatively happy with life here. Happier, for example, than I was in sophisticated and ectomorphic Boston, Washington or New York, where I grew up, or somewhat more mesomorphic and less cheerful Clarksville, Tn. and well, as for my health, whatever lacks I am currently experiencing in that domain have more to do with my own negligence than any shortcomings on the part of this wild and wonderful state.

Most of my friends and neighbors, in addition, seem in reasonably good physical shape, though I would be last to deny that West Virginia, along with the other eight American states I have resided in, has more than its share of people who are overweight, and more than its fair share of bad teeth.

I've lived in West Virginia only a scant five years, but I've already grown more than a bit tired of having the place I've chosen to live, and maybe even die in, constantly maligned and belittled by our superior-feeling fellow citizens and journalists in New York, Massachusetts, Washington and California, to name but a few. To my mind, at least, the people depicted in the condescending documentary The Wild, Wonderful Whites of West Virginia are no more representative of our State than is Bernie Madoff of New York, or the Boston Marathon bombers Dzhokhar and TamerlanTsarnaev are of Massachusetts.

The wonderful law school I teach at, insofar as I can tell, is equally good as the far snobbier, higher rated, and far less cheerful one I myself attended; our environmental laws may leave something to be desired, but, then again, it may be the breathtaking beauty of our state that draws our attention to them.

Nor is a West Virginia farmer is any more likely to call his sheep "darling," or marry his cousin, than is a native New Yorker to take a chain saw to a parking meter, or cheat on his taxes.

Yes, students at WVU seem to have themselves a good time, and probably do a helluva lot more drinking than teetotalers like myself, but whoever it is that's counting up the party hours, or the drinks, at U.S. News & World Report might be better off finding a worthier subject for his or her skills than making lists no right-thinking person could care less about.

The moral of the story, methinks, is not only that those who can't do sometimes teach, or that those who live in glass houses shouldn't throw stones, but that those who judge the rest of us according to polls might do better taking a long, hard look at themselves: What they find there--who knows? Might take them down a few notches on their polling data where they will have us happy and healthy West Virginians to keep them company.

Michael Blumenthal is a writer who lives in Morgantown, W.Va., and is a visiting professor at the West Virginia University College of Law. 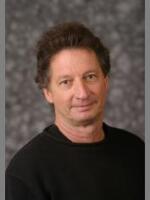 Michael Blumenthal
Michael Blumenthal, born 1949 in Vineland, New Jersey, is the former Director of Creative Writing at Harvard, and graduated from the Cornell Law School with a J.D. degree in 1974. His eighth book of poems, No Hurry: Poems 2000-2012, has was published by Etruscan Press in 2012. He is the author of the memoir All My Mothers and Fathers, a collection of essays from Central Europe, When History Enters the House, and the novel Weinstock Among the Dying, which won Hadassah Magazine's Harold U. Ribelow Prize for the best work of Jewish fiction. Five of his books were recently published in Germany by Verlag André Thiele of Mainz. He has three new books out in 2014: Just Three Minutes, Please: Essays from National Public Radio;The Greatest Jewish-American Love in Hungarian History: Short Stories, and "Because They Needed Me.The Incredible Struggle of Rita Miljo To Save The Baboons of South Africa," and is presently Co-Director of the Immigration Clinic at The West Virginia University College of Law.
See stories by Michael Blumenthal
Discover The Impact Of WVPB
Learn More
WVPB Media App
Learn More
Latest News
WVPB Passport
All six seasons of Downton Abbey now available.
Hundreds of PBS Shows. On your schedule.
Learn More
It's the power of community.
WVPB is local news, education, music, and entertainment for West Virginia.
Your donation today will help keep us strong and vital.
Donate Now
Related Content