As Sen. Stephen Baldwin (D-Greenbrier) and Del. Doug Skaff (D-Kanawha) spoke about the minority party’s priorities for the 2022 Legislative session Thursday, they wove several common themes into the discussion.

Child welfare, economic development, education and better roads peppered the presentation as the legislators painted a hopeful plan for the 60-day session.

But the Democratic leaders also lamented that the legislative focus may be driven away from positive developments due to Republican agendas that have already addressed social issues in the first week of the session.

Skaff used the words “disheartening,” “sad” and “disappointing” during the press conference at the State Capitol.

An agenda item concerning abortion limits introduced in a House Health Committee meeting by Republican leaders, the same afternoon as hundreds of millions of dollars in economic development were announced by three manufacturing companies around the state, especially irked the Democratic leaders.

“We’ve heard that this isn’t going to be a divisive session and that we’re not going to see a lot of social issues,” said Baldwin. “That we’re going to get things done for West Virginians. But Day Two, in the House Health Committee, we have about the most divisive bills that you could ever imagine. So that gives me a little bit of trepidation about where we go from here.”

“Day one, what a day,” Skaff said. “We were all out here celebrating in the hallways, enjoying, saying, ‘This is going to be great for West Virginia.’ Day Two. Like Stephen says, what did we do? We didn’t waste any time. We go back out here and put some controversial issue out here that’s not going to do one thing but change the narrative in the wrong way and send the wrong message. That we have our priorities all mixed up.”

“There are things we can all agree on, bi-partisan priorities, that we need to focus on first,” Skaff added. “We need to get things done.”

“I’ve had conversations with Senate President (Craig) Blair and he says he’s open to any good idea,” said Baldwin. “It doesn’t matter if it’s a Democratic idea or a Republican idea. I’m hopeful, but I still have a little bit of trepidation.”

“Population decline is at the root of most problems we have in our state,” Baldwin stated. “What are we going to do about it?”

“We need to put West Virginians first in everything we do,” Skaff added.

“We need to create opportunities and focus on those hurting communities,” he added.

Skaff also addressed the crisis in workforce shortages, especially in the healthcare field.

“Are we helping people get back to work?” Skaff asked. “We are in crisis mode with a lack of nurses.”

Skaff said that creativity may be the answer to workforce staffing issues.

“We need to explore flexible workplaces without burdening small businesses,” he stated. 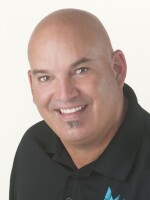