The coronavirus vaccine has arrived on the Navajo Nation, which covers parts of Arizona, New Mexico and Utah. More than 700 people have died on the reservation, and infections keep rising. Despite that, there is a well-earned skepticism of non-Native medicine, particularly when it's delivered by the U.S. government. From member station KNAU, Melissa Sevigny reports on efforts to win back trust.

MELISSA SEVIGNY, BYLINE: Michelle Kahn-John is with a group of traditional medicine people on the Navajo Nation called the Dine Hataalii Association. They consider themselves the front-line responders here to physical, mental and spiritual sickness. They've taken a neutral stance on the vaccine.

MICHELLE KAHN-JOHN: We are in desperate need of help for our people, our relatives, our family members. And we recognize the scientific benefits, the health benefits that may come with a vaccine, but we also recognize the hurt and the distress that has happened historically. And so we're fearful, and we're guarded, and we don't trust.

SEVIGNY: There's been a long legacy of research abuses, says Christine Ami, an anthropologist at Dine College on the reservation. In the '60s and '70s, doctors sterilized Native women without their consent. In the '90s, scientists misused blood samples from the Havasupai tribe in Arizona.

CHRISTINE AMI: When we take a look at this arena - and we understand that we had no voice and nobody gave us an option.

SEVIGNY: She's not against research, but she says it has to be done the right way with informed consent and community support.

SEVIGNY: Naiyahnikai Gorman is a research assistant at Johns Hopkins University, one of Pfizer's partners. She walks volunteers through the consent process. Gorman sees the vaccine as the way out of the pandemic.

NAIYAHNIKAI GORMAN: The word that comes to my mind in Navajo is azee. So this word means medicine. Every time that we've been through hardships or suffering, there's always been a medicine that comes and that helps the people.

SEVIGNY: Pfizer's 44,000-person clinical trial for its vaccine included 1% Native Americans. Derrick Leslie is one of them. He works in emergency operations for the White Mountain Apache Tribe.

DERRICK LESLIE: Having a front row seat to all of the heartache, the pain and all the suffering that this virus has caused my people - this is really my way of contributing to the greater good.

SEVIGNY: But Leslie's family didn't see it that way. They told him the vaccine was dangerous and the people behind it couldn't be trusted. Leslie tried to ease their fears.

LESLIE: The more opportunities for indigenous people to be included in research, the healthier world we'll have. People will always be scared until you show them differently.

SEVIGNY: Naomi Lee, who is Seneca and a researcher at Northern Arizona University, is with an alliance funded by the National Institutes of Health. It's a vaccine outreach effort that focuses on minority groups.

NAOMI LEE: A lot of the projects are around vaccine misinformation, the coronavirus misinformation and how do we essentially reverse that.

SEVIGNY: She says it won't be easy, but she takes hope from the growing numbers of Native scientists.

LEE: Those are the ones that came before my generation that have helped to knock down some of these barriers for us, and so now there's more of us coming up through this pathway.

SEVIGNY: Lee says that's when the mistrust will begin to heal - when Native people see themselves not just volunteering for clinical trials; they're the scientists running them, too. For NPR News, I'm Melissa Sevigny. 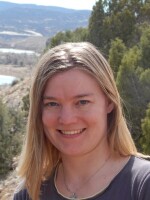 Melissa Sevigny
Melissa grew up in Tucson, Arizona, where she fell in love with the ecology and geology of the Sonoran desert. She has a B.S. in Environmental Science from the University of Arizona and an M.FA. in Creative Writing and Environment from Iowa State University. Her first book, Mythical River, forthcoming from the University of Iowa Press, is about water issues in the Southwest. She has worked as a science communicator for NASA’s Phoenix Mars Scout Mission, the Water Resources Research Center, and the Leopold Center for Sustainable Agriculture. Melissa relocated to Flagstaff in 2015 to join KNAU’s team. She enjoys hiking, fishing and reading fantasy novels.
See stories by Melissa Sevigny
Discover The Impact Of WVPB
Learn More
WVPB Media App
Learn More
Latest News
WVPB Passport
All six seasons of Downton Abbey now available.
Hundreds of PBS Shows. On your schedule.
Learn More
It's the power of community.
WVPB is local news, education, music, and entertainment for West Virginia.
Your donation today will help keep us strong and vital.
Donate Now