The Composer With A Growing Fan Club Among Directors

The movies "If Beale Street Could Talk" and "Vice" are about very different things. One's an adaptation of the James Baldwin novel about love and racial justice in 1970s New York. The other's a satire about Dick Cheney. But both share one notable thing. They're scored by the same composer. As Tim Greiving reports, he's got a growing fan club of directors.

TIM GREIVING, BYLINE: Nicholas Britell is an enigma. He's a curly-headed, bespectacled Jewish guy from New York who trained to be a concert pianist, taking classes at Juilliard when he was 14. Then he dropped off that track and went to Harvard, where he majored in psychology and was part of a live hip-hop band called The Witness Protection Program. Conveniently, no audio evidence was preserved. Then he went to work on Wall Street, managing a hedge fund at Bear Stearns before the Great Recession hit.

ADAM MCKAY: The hedge fund manager is the one that really gets me. I mean, like, really successful in New York City and, like - I mean, it is a crazy thing.

GREIVING: Director Adam McKay found Britell when he was working on the 2015 film about the recession, "The Big Short."

(SOUNDBITE OF NICHOLAS BRITELL'S "DOES IT MAKE YOU BORED")

GREIVING: Britell wrote a score that approximated the sound of dark math. McKay liked the musical ideas he was hearing from Britell. He was a little miffed when the composer started sending back notes about the financial jargon in the script until he realized just who this guy was. Britell abandoned his Wall Street career in 2010 to pursue a dream he'd had ever since he heard the music for "Chariots Of Fire" when he was 5 years old.

NICHOLAS BRITELL: Every movie is different. And every movie, you get to explore different characters, different worlds. That's really what fascinates me. And I think that's what continually excites me about the process because no two movies are alike.

GREIVING: When McKay started working on "Vice," his Dick Cheney film, he brought Britell on at the beginning.

MCKAY: Nick was, like, four months ahead of us with his music than we were with the edit. He was clearly, like, seeing things that we were, like, still trying to figure out with the edit.

(SOUNDBITE OF NICHOLAS BRITELL'S "THE LINEMAN - PRELUDE AND DEVELOPMENT")

MCKAY: It felt like dark Copeland or the movie "Giant," but, like, a little more screwed up.

GREIVING: After "The Big Short," Nicholas Britell scored "Moonlight," which earned him his first Oscar nomination. Like Adam McKay, "Moonlight" director Barry Jenkins hadn't heard of Britell before then. And he couldn't imagine any other composer scoring his next film, even though "If Beale Street Talk" is a distinctly African-American story.

BARRY JENKINS: For me, it would be one thing if Nick was the kind of composer who imposed his will on the film. Then I think the cultural distance or dissonance might come into play because then Nick is trying to force his experience on the film. But I think what I discovered very early on in the "Moonlight" process was how well he is able to receive the spirit of the film, the essence of the film, the energy of the film and then reflect that, you know, in his sound.

GREIVING: Britell experimented with various iterations of that love theme as he was developing the score, including a rendition on six saxophones...

GREIVING: ...Which Jenkins did not care for.

BRITELL: There we go.

JENKINS: ...Because out of this, we somehow arrive at...

JENKINS: ...The sound of doom as represented by Ed Skrein as Officer Bell.

GREIVING: Directors love working with Britell not only because of the emotion and cleverness in his music. Adam McKay says it's really about the kind of collaborator he is.

MCKAY: In the improv world, they try and drill it into you. Yes, and; yes, and - you have to add something he just naturally lives in a yes, and state.

GREIVING: But do McKay and Jenkins have to fight over Nicholas Britell, especially when he's scoring both of their films at the same time? Jenkins says no.

JENKINS: No, it wasn't a fight. It was kind of awesome because there were times where I would walk into the studio, and Adam would be there. And he'd sit down. He'd nod his head. He'd go, yeah, so that nine cellos track, huh?

JENKINS: And I would just laugh because I'd be like, yeah, that one's mine.

BRITELL: He was a big fan of the nine cellos.

GREIVING: With friends like that, who needs a hedge fund? For NPR News, I'm Tim Greiving. Transcript provided by NPR, Copyright NPR. 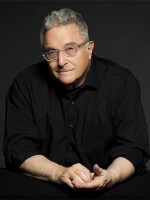