What The Uproar Over Kanye West Might Reveal About Black Voters

Lots of people are talking about Kanye West these days. He has been tweeting his support for President Trump and others on the political right. Yesterday, he told TMZ...

KELLY: Gene Demby from NPR's Code Switch team joins me now to talk about the uproar over Kanye West and what it may reveal about black voters. Hey there, Gene.

KELLY: So for those who have not been glued to his Twitter feed.

DEMBY: (Laughter) I envy you guys.

KELLY: It's been something to keep your eye on, I'll tell you that. Remind everybody what he's been saying.

DEMBY: So Kanye has been making waves for a few reasons. He took a selfie wearing a Make America Great Again hat. He publicly endorsed Candace Owens, who is a right-wing political commentator who's also black. And he pointed out that Abraham Lincoln was a Republican. So these are boilerplate pro-Trump signals, but they've been jarring because he's a black celebrity with so much clout in the hip-hop community. And, you know, for the last half-century, black voters in the U.S. have overwhelmingly favored Democrats in national elections.

And Kanye says this sort of noisy rightward lurch is about freethinking, essentially that he's breaking from the norm of how black people traditionally vote and talk about politics. And white conservatives have rallied around Kanye, hoping that his comments might make the GOP more palatable to black people who love Kanye but typically vote Democrat.

KELLY: Well - and how is that message being heard among black Americans? I mean, what I have been seeing is a lot of backlash from within the black community.

DEMBY: Yeah. Black people are overwhelmingly Democratic. And so Kanye doesn't seem to be changing a lot of their minds when it comes to their voting habits. But he is changing the way that they think about Kanye. He's become almost a pariah. And there's a lot of research that can help us understand why that is. All of our voting habits are socially influenced, right? We take cues from the people around us. But when it comes to black people, that social influence is especially pronounced.

I spoke to Chryl Laird. She's a political scientist at Bowdoin, and she was saying that because black people have lived - historically lived in close proximity to each other because of segregation, those norms can be really, really strictly enforced, right? The people at your barbershop, at your church, the people that you're interacting with every day - the consequences for violating those norms are more pronounced if you see them all the time.

DEMBY: And the stakes of the solidarity have literally been life or death. Laird has actually published a study a few months ago that shows that this norm around voting for Democrats is so strictly enforced and people have so deeply absorbed it that black people are more likely to say they vote Democratic if the person asking them how they vote was also black.

DEMBY: That's exactly what they found. Black people who vote Republican tend to have more attenuated connections to black communities, like, for example, a very rich entertainer who has a wife who is not black and in-laws who are not black and who lives in Calabasas, Calif., where just 2 percent black.

KELLY: (Laughter) Like if you were Kanye West, for example.

DEMBY: That's exactly right. There are lots of conservatives, not so many black Republicans. There are a few reasons for that. The Republican Party is overwhelmingly white. That's not an accident. That's a huge part of the story. Black conservatives, like black people more generally, are starting from the position that racism - are often starting from the position that racism is a central part of American life that is sort of incompatible with white conservatism. And that's one of the things that makes what Kanye is saying sort of parroting these tropes of mainstream conservatism, of mainstream Trumpism, really hard.

KELLY: Making them not resonate in the audience he's trying to reach.

KELLY: NPR's Gene Demby, thanks so much. 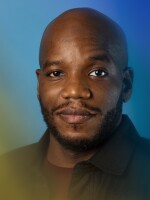