Left Out Of Visa Waiver Program, Polish Visitors Ask: 'Why Not Us?'

Since 1986, the United States has been granting visa waivers to citizens of countries it sees as trusted allies. Someone from France or Spain can relatively easily simply use their passport to visit the U.S. for up to 90 days. There are 38 countries whose citizens do not require visas to enter the U.S. But one key ally has been waitlisted - Poland. WNPR's Catie Talarski reports that the Polish community is asking, why not us?

CATIE TALARSKI, BYLINE: Polish-Americans are the largest Slavic ethnic group in the United States, numbering around 10 million. And if you talk to one of them on the street in, say, Chicago or New Britain, Conn., there's one issue that undoubtedly comes up - the visa restriction.

M.B. BISKUPSKI: Not only is it a stupid law, but it's one that's very insulting to Poles.

TALARSKI: M.B. Biskupski is head of the Polish Studies Program at Central Connecticut State University in New Britain, a city with its own Little Poland neighborhood.

BISKUPSKI: It suggests that they are less worthy than other immigrants coming to the United States, which is a slap in the face.

TALARSKI: The rules haven't changed for Poland, even as it established a democracy and became a member of the European Union and NATO. It's the only central European country not accepted into the Visa Waiver Program. And it's not just Polish-Americans who are annoyed. Polish citizens don't want to pay $160 to wait in lines when they may not even be accepted into the country.

MATEUSZ STASIEK: I've got many friends in Poland. They want to come to New York to do some shopping for a few days. But it's, like, no use, you know, applying for a visa because it's a lengthy process. It costs a lot.

TALARSKI: Mateusz Stasiek, deputy consul general of Poland, says his friends end up going to London instead. Connecticut immigration lawyer Dana Bucin works with foreign investors. Recently, she arranged a trip for representatives of 300 Polish businesses to come to Connecticut.

DANA BUCIN: And some of them weren't able to make it. Others were delayed, and virtually all of them were upset that they were even subjected to the visa requirement.

TALARSKI: Illinois Congressman Mike Quigley has been working for seven years to get Poland accepted into the Visa Waiver Program. He co-sponsored a bill that has the support of both Democrats and Republicans.

CONGRESSMAN MIKE QUIGLEY: So why hasn't it gotten done? Unfortunately, the farthest right is still under the impression that this is - I don't know, their father's Visa Waiver Program. And they don't recognize that there's actually greater security working with countries with the Visa Waiver Program.

TALARSKI: Last month, the Department of Homeland Security added strict new rules for countries in the program, including requiring travelers to carry passports with electronic chips and expanding the use of air marshals on flights.

JESSICA VAUGHAN: I think it's important not to politicize the Visa Waiver Program and use it as a way to give out political favors to allies.

TALARSKI: Jessica Vaughan, from the Center for Immigration Studies, worries that if Poles are able to enter without visas, many would stay longer than 90 days. She points out that Polish citizens have high refusal rates. That's the number of people who apply for a visa and get rejected for reasons like not having a stable job or staying too long on a past visa.

VAUGHAN: Congress should not expand the Visa Waiver Program until we have more adequate enforcement in place and until visitors from Poland are demonstrating much better visa compliance than they have in the past.

TALARSKI: The Office of Homeland Security says it's impossible to count just how many Poles are here illegally. And they don't keep track of visa overstays by country. Although his bill has 200 bipartisan co-sponsors in the House, Congressman Quigley has tempered enthusiasm. He'd like this to be the year for Poland, but anyone who can predict what happens in the Senate, he says, is deluding themselves. For NPR News, I'm Catie Talarski. Transcript provided by NPR, Copyright NPR. 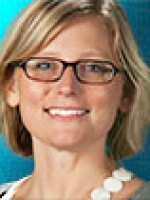